Broadband is a Building Block of Modern Life

Members of Farm Bureau in Kansas conducted more than 6,000 tests using major cellular carriers. Of the tests, more than 2,600 met the required FCC guidelines including samples outside a building or vehicle, no-Wi-Fi usage, location enabled and manually initiated.

Nearly 1,600 reported download speeds of less than 5 Megabits per second – well below the threshold of adequate service.

Six locations from southeast of Bern to the Macksville area met the FCC criteria for substandard service.

KFB President Rich Felts, who farms in southeastern Kansas, praised the efforts undertaken by more than 300 Kansas and then validated by the state’s largest farm organization.

“Every Kansan deserves high-speed service no matter where they live,” Felts said. “From emergency services to advances in educational opportunities to precision agriculture, urban and rural areas alike depend on fast and reliable wireless service.” 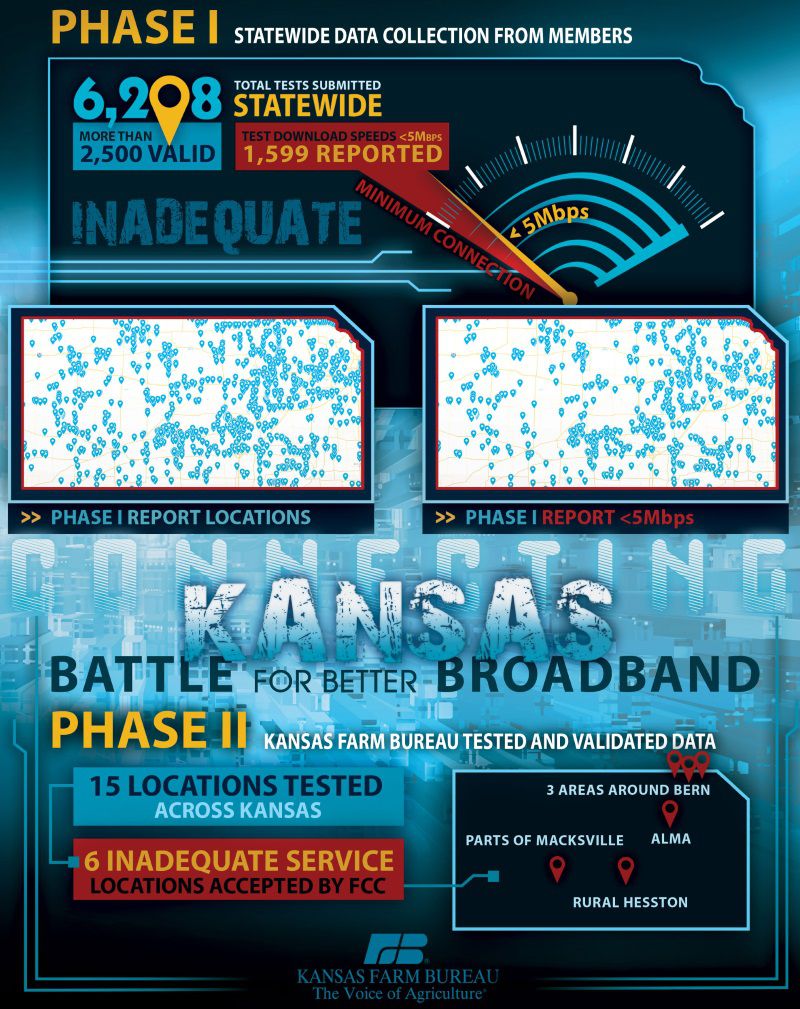