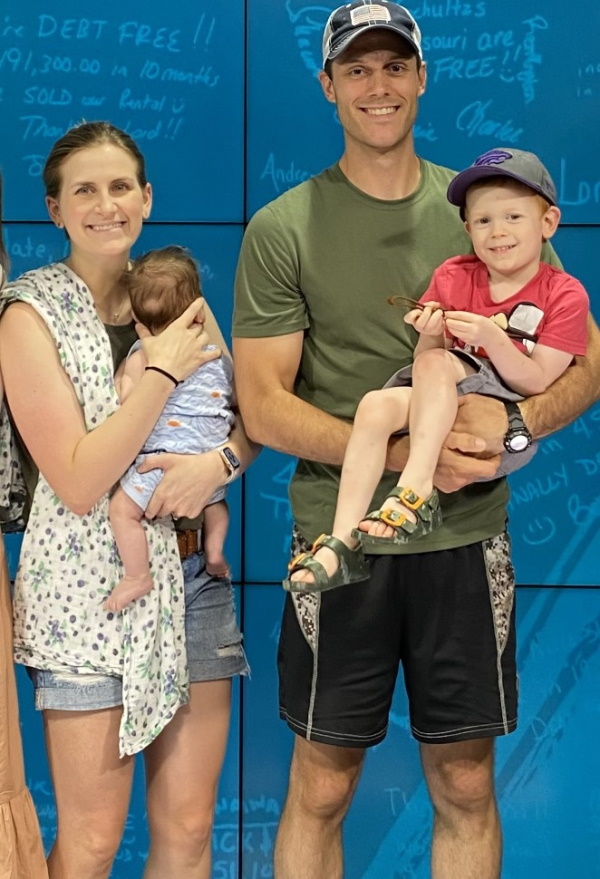 John and Kinsley Sachse own and operate a seedstock Angus cow-calf operation in Leavenworth County where they raise two little boys on the farm. John also serves on the Kansas Beef Council staff and works on behalf of beef farmers and ranchers through the beef checkoff program. He is also a Second Lieutenant in the Kansas Army National Guard. Kinsley serves as a sales and communication coach. They also enjoy reading, being outdoors, K-State Football and are looking forward to representing district one on the state YF&R committee! 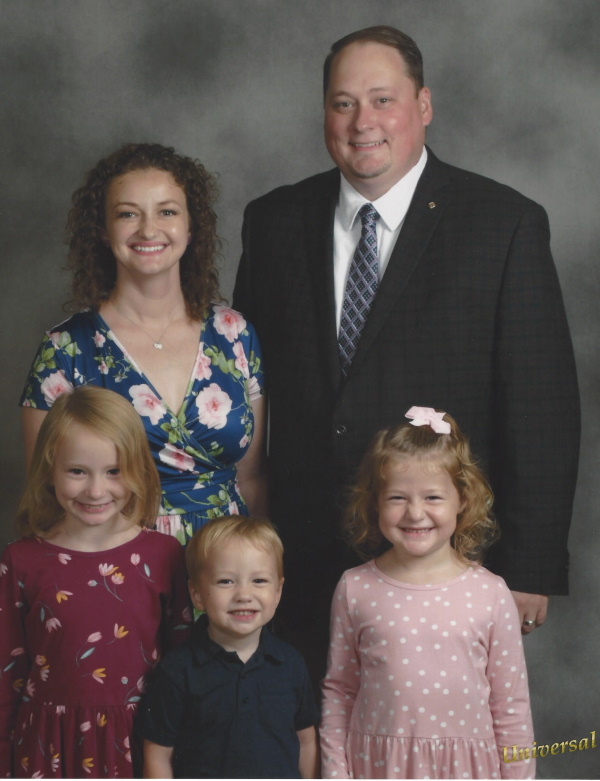 Jon and Jenna Pretz reside in rural Miami County with their three children; Jolee, Julia, and James. They both come from family farms and currently have a cow-calf and hay operation. Jon is a dairy nutritionist serving dairy producers across the Midwest while Jenna is currently a stay-at-home mom. Both are actively involved in the Miami County Farm Bureau Board along with several community groups. Jon was a member of the Leadership KFB class 5, currently serves as vice-president and YF&R chair of the county board and is a past member of the KFB Dairy Advisory Committee. Jenna is highly active as a volunteer to various groups in the community. Jon and Jenna are excited to represent District 2 on the State YF&R committee! 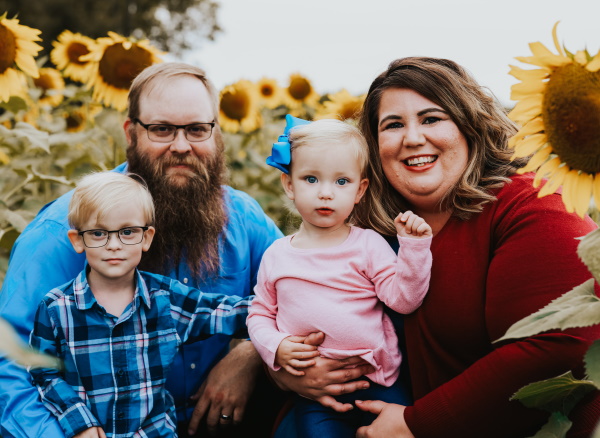 Alfred and Taylor Crawshaw farm in Wilson County with their son Henry and daughter Harlow. Taylor works off the farm as an administrator at Independence Community College. Alfred is a full-time operator, producing corn, soybeans, and British White Cattle. He also serves on the Chetopa Township Board, Cedar Creek Joint Watershed #56 boards and has been a rural firefighter for over 15 years. Taylor serves on the Wilson County Farm Bureau Board and Altoona Public Library board. They are both Leadership KFB graduates and are excited to serve district three on the state YF&R committee! 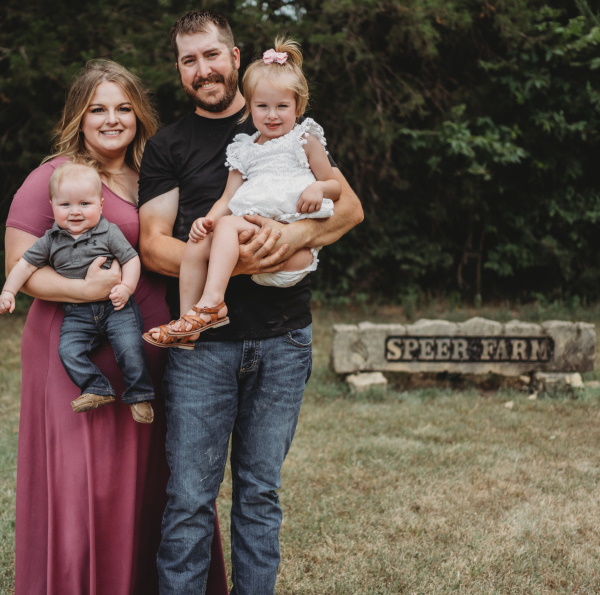 Michael and Amber Speer farm in Sedgwick County with their son Weston and daughter Ellie. Amber works off the farm as a registered nurse at St. Joseph Hospital in Wichita. Michael is a full-time operator, producing wheat, corn, soybeans, milo, and cotton, as well as having a cow/calf herd. In their spare time they enjoy doing any outdoor events with their children. Michael is on the Sedgwick County Farm Bureau Board and serves as Vice President. Amber continues to become more involved at their church. Michael and Amber are excited to serve District 4 on the State YF&R committee! 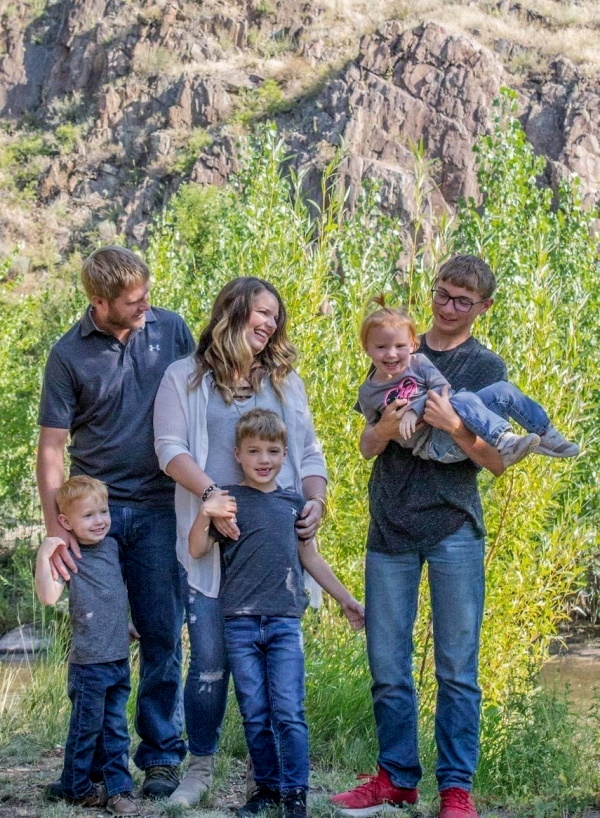 Darrin and Ashley Jacobson reside in Marshall County with their three children. They both come from family farms and currently raise corn, soybeans and occasionally wheat. Darrin works full time on the farm along with owning and operating Cottage Hill Ag Supply where he sells seed and planter parts. Ashley works full time at Citizens State Bank in the compliance department. Darrin enjoys working on antique tractors and vehicles in his free time while Ashley likes reading, crafting and quilting. Both are looking forward to serving district five on the state YF&R committee! 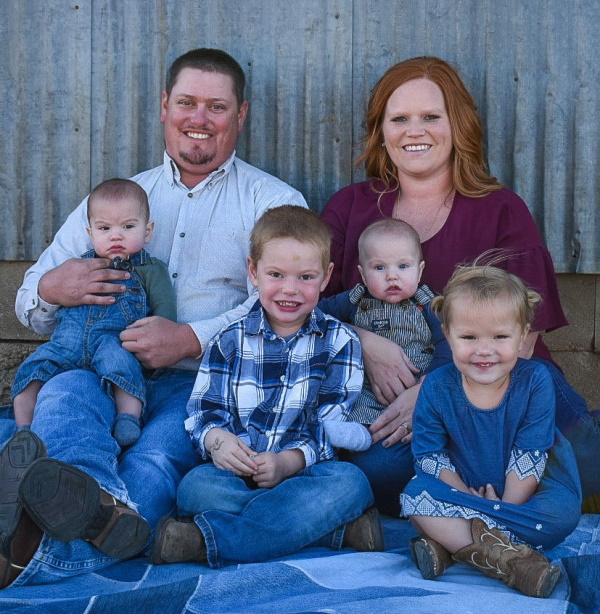 Levi and Sarah Homeier reside in Ellsworth County with their four children; Eli, Rosalee, Declan, and Luke. Along with Levi's parents, they raise cattle, sheep, wheat, soybeans, and milo. Levi works off the farm as a mechanic for the Kansas Department of Transportation. Sarah works in the Trust Department at Citizens State Bank & Trust in Ellsworth. In their spare time, they enjoy spending time with their children, hiking, and getting involved with their local church. Levi and Sara are excited to serve District 6 on the State YF&R committee! 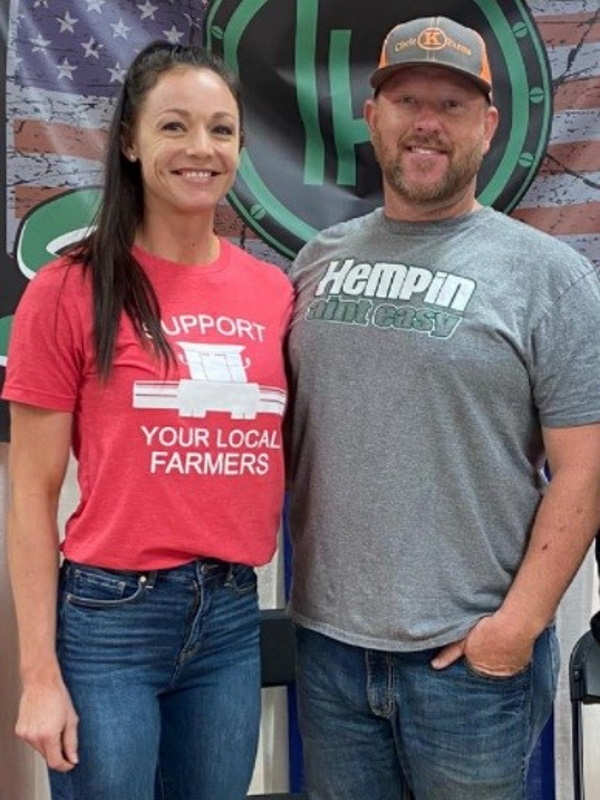 Aaron and Melissa live and farm in Barton County with their two kids, Brantley and Annah. Aaron is a fourth-generation farmer and grows corn, wheat, soybeans and hemp. Melissa is a crop research scientist and operates her own company, Performance Crop Research. They both established South Bend Industrial Hemp which is a hemp processing facility. When not working, Melissa and Aaron enjoy working out, their dogs, and being outdoors. They are excited to represent district seven on the state YF&R committee! 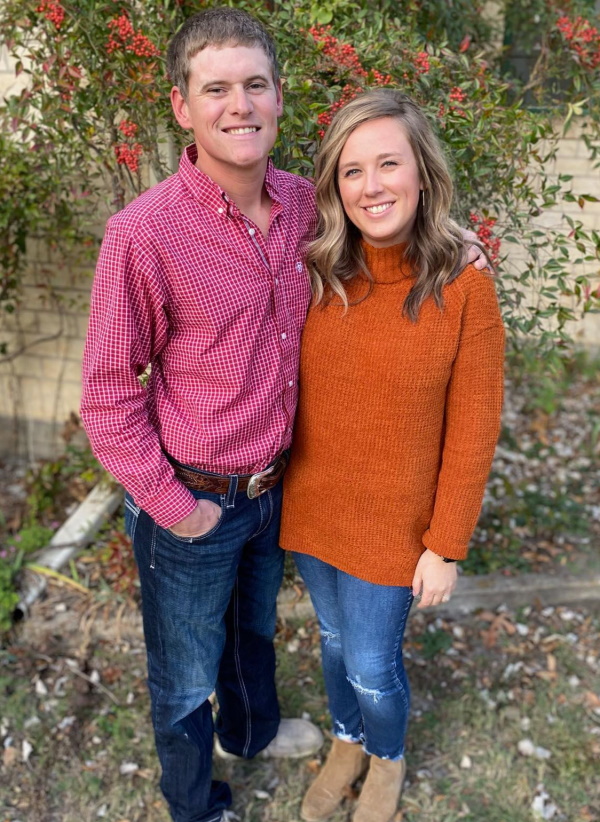 Matt and Lindy McMillen live and farm in southern Lane County, where their dryland operation produces wheat, milo, and corn. After college, Matt spent time working in precision agriculture and for other farmers, before returning full-time to scale his family's fifth generation farm. Lindy works as a grain merchandiser for Garden City Co-op, where she helps both farmers and the co-op manage their commodity market risk. Both are graduates of K-State's College of Agriculture. In their free time, they like to cook, read, and travel. Lindy and Matt are excited to serve District 8 on the State YF&R committee! 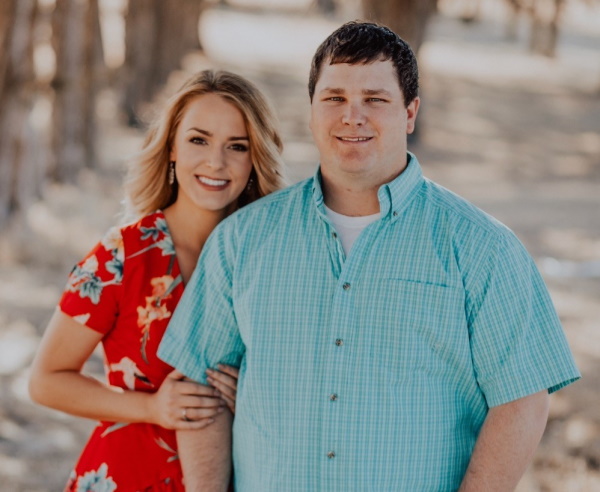 Scot and Kaylee Schwieterman live in Hamilton County and currently farm alfalfa and forage crops. Kaylee teaches seventh and eighth grade English classes and coaches cross country and track in Syracuse. Scot is a full-time farmer and is looking forward to learning more about advocacy during their appointment. They are looking forward to serving district nine on the state YF&R committee! 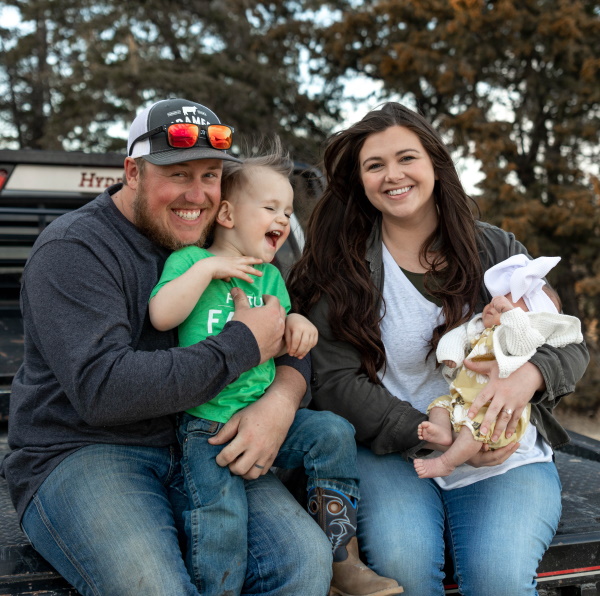 Nathan and Kellie Kramer are first generation farmers from Phillips County raising crops, cows, and their two young kids, Macoy and Rawlins. On their farm, they grow corn, soybeans, and wheat. The Kramer's also have a cow/calf operation that keeps them busy any time the crops don’t! They provide custom planting and harvesting to other farmers in our area on top of their own operations. In their spare time, they enjoy volunteering at their local church and a good game of pitch. Nathan and Kellie are excited to serve District 10 on the State YF&R committee!

The KFB Young Farmers & Ranchers committee is comprised of ten appointments, an individual or couple from each district in the state. Members are nominated by their district’s KFB Board representative and are officially appointed by the KFB President. Committee members serve two-year terms. During odd-numbered years, members from the odd districts are appointed and in even-numbered years, even district representatives join the committee. The committee takes the lead on surfacing and discussing issues specific to 18-35 year old members, planning programming for the YF&R audience and conducting competitive and recognition opportunities for YF&R members. One member of the YF&R Committee is also appointed to serve as an ex-officio member of the KFB Board of Directors to share the YF&R voice in organization business. If you’re interested in serving on the committee please complete this form to help us get to know you.